3)Now you can work on the project space,but first set the units of rappresentation in meters (Vasari set by default the millimetric units): Manage>Project Units>Format.And also set "3D View 3D" on the left of the screen.

4) Now select the location of your project ("Vasari"set the location in Boston by default):you have to click unther the "orientation cube" on the right of the screen and after on "Set Location",now insert the location that you need,click on "Import site image" and after "import"

Now we can start with some considerations about the area and the shading that we can observe here.

The area is set on Via Francesco Baracca (Ciampino,RM Italy)the area is really close to the airport and was built in the 80's near the center of the town,it's characterized by the prevalence of buildings with 3/4 plans with a commercial basament plan,like almost in all the town,but we've also the presence of some small row house near the end of the road.

This situation matched with the closeness of the taller building create a particular situation of shading in the different part of the day.

(The red building is the one that we analyze because of his position).

First of all we can analyze an simulate the impact of sunshine in the area during 2 important moment of the year: on the spring equinoxes and on the summer solstice and winter solstice we analize three different hours of the day: 9:30,12:00,18:00

By the observation of this four moment of the year (we can consider only three because the shadow and the sun path for the spring and fall equinoxes are the same) we can say that both in summer soltice and equinoxes we've at 9:30 a deep shading that reverberates on the lower buildings but the deepest shading is visible on the  equinox,in this moment in fact we can observe that all the area is overshadowed by the shadow that buildings create to each other.At 12:00 the north facathes're shaded,but,while during the summer soltices the shading is not very marked and the the taller buildings didn't create a consistent shading on the smaller edifices contrariwise on the equinoxes all the buildings in the area create a bigger shadow that is reflected on close edifices.At 18:00 it's important to notice that while on the equinox the shade is lower and is reflected on the left part of the area with a partial obscuring of the lower edifices but with an almost total overshading of the eastern facades otherwise on the solstice the shading falls on the opposite part (west) and cover in part the small edifices on the right but a notable thing is that,like on the equinox the eastern facades and also on  the nord one are overshaded by their own shadows.The winter solstice is contrarwise really different because the position of the sun that's lower,this situation create a deeper shadind on the area,at 9:30 we can see a compact and long shade made by the taller building over each other and also over the lower edifices on the right,at 14 we can see a sunshine of the south facade of all the edifices on the area,contrarwise at 18:00 we've the deeper shading of the day,all the area is shading and we haven't sunshine at all.

We've also observed the area in detail,and in particular the access road to the red building in three different point of vew of the camera (west-east,east-west,south-north)during the day of 03/21/2015 and in three different phases of the day (11:00,14:00,18:00)

By the observation of this point of view we may say that: first of all the access road close to the red building is always shadowed,the red building is stricken by the sun only on the first hours of the day,for the rest of the daylight hours it's overshaded by a drop shadow made by the others building close to it and by its own shadow.It's possible to see a similar effect on the edifice ahead (on the left of the pictures).

This prospective give us a more complete view of the area,in fact, we can observe that the building shade each other in the different moment of the day but the more penalized building is the one that is ahead of the red one,in fact that one is shaded on his western front for all the afternoon and evening,but this front is caracterized by the presence of balconies and windows,this thing suggest us that in the projectual phase the architects haven't given enough attention to the rapport between the buildings and the solar path,that create an ineffective sunshine situation in some part of the area 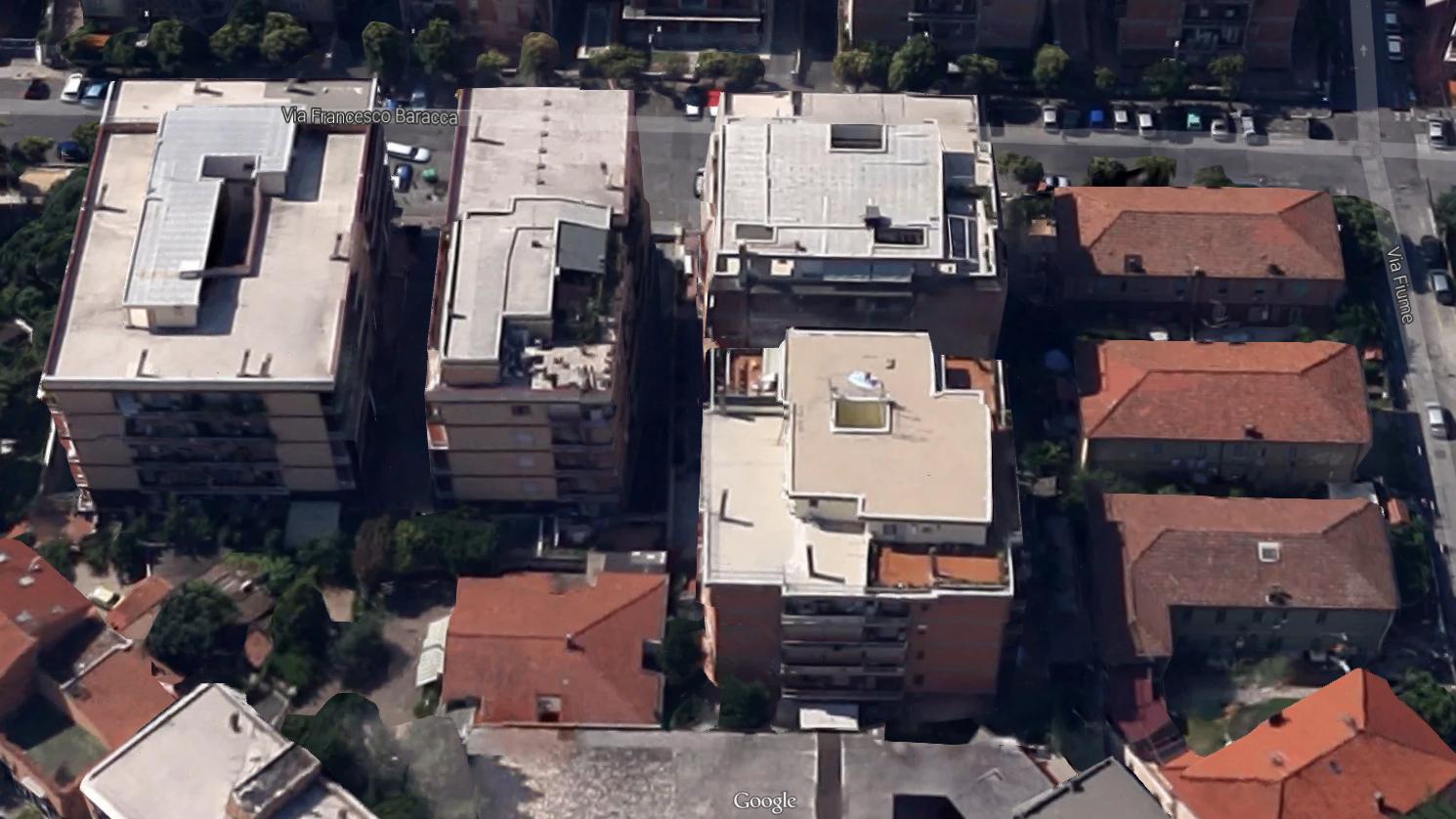 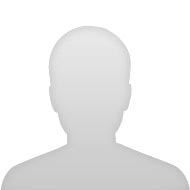