I - Solar analysis of the building

So, we continued to work on the building Via Francesco Grimaldi that we had studied for the first exercise. You can find it at the following address : http://bim.rootiers.it/node/491

First of all, we build the buildings which surround our flat. We want to see what kind of influences then can have.

Then we start  to go a bit more far with our building : we add some details to the elevation by cliking on "Edit in place", and then doing the windows with "Create void form" or the balcony with "Create solid form". We work on the east elevation because there is less building in front of it and so has to see what happened in the morning :

The interesting things begin: to see the solar radiations you just have to click "Solar Radiation" (1), then to verify that we are kWh/m3 (2). By clicking (3) we reach a complete menu which allows to settle the hours and date which we want.

So we choose to take the Summer soltice and then the Winter soltice between 8:00 and 13:00 (East).

So, we already see that the influence of the other building si really more important in winter, above all for the south and west elevations. We

Let see what happened when we come a bit more closer :

We see that we always have high temperatures for the highest balcony and windows.

Then we change the setting so has to have more precises digits : by cliking on (1) you can create a new type of "Style", then select "Markers with text (2).

Where you are : our building in summer and in winter.

Once again, we see the influence of the other buildings in winter and the differences of temperature between windows with balcony, and windows without.

The area of project is situated between Viale Trastevere and Via Degli Orti di Cesare. The plot of land have a triangular shape and a level difference of 6m that has to be consider for the implementation of the project.
We plan our project to create a set of three buildings which comply inward to obtain a space of passage that connect Viale Trastevere with the lower street and a more confined space allowing the installation of services.

This system is viable as well in summer as in winter because the orientation of the plot of land is favorable to all the possible orientations (no obstacle to the South and on the West, the East being a little blocked)
So, within the central spaces, the quality of light in winter is good and the shade in summer is sufficient to make them pleasant and fresh. The fact is that the building which goes along the street is the lowest and allows at the same time to bring of the shade to public spaces and to leave the light with the nearby housing.

Having to model the close environment, we inserted our various buildings within the plot of land to analyze the projected shadows in various periods of the year.
So, by looking attentively at the inside of the island and its spaces public, we are going to be able to confirm the viability of our solution

By analyzing the solar contribution, as well in summer as in winter, we can see that the orientation of buildings is rather good and all receive enough light from east and west.

We can note that the contribution is optimal during afternoon for two smaller buildings whereas the main building has him a strong light all day long.
No facade stays in a permanent way in the black. An outside distribution of apartments would be ideal because would allow to create spaces common and deprived in direct light.

Spaces public at ground level receive as for them a sufficient amount of light in winter and stay in the shade in summer. The situation is ideal.

Then we want to have the surfaces of our levels : to have it we just have to clik on "mass floors" :

Then we can see it with "Scheldules" :

It opens a windows where you can configure all the settings :

And where you are :

Thanks for the reading. 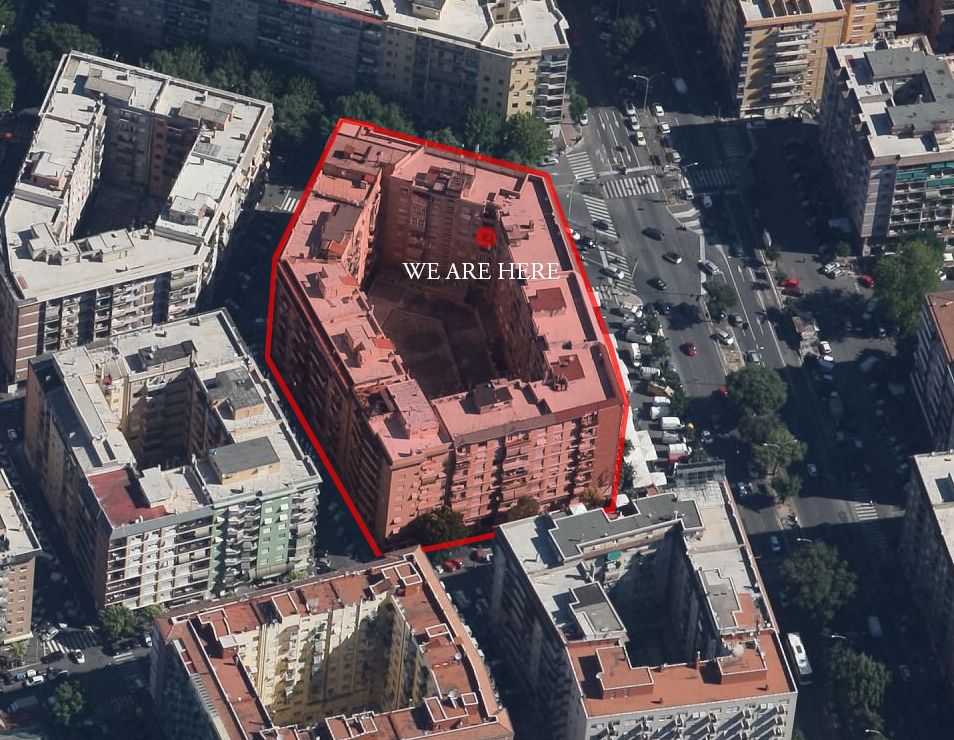 Why don't you post images of the "Inner square" of your design,

showing how shade moves into it in different seasons?
And radiation?