Our first idea was to make like a "Pavilion" of wood but not really clear at which scale. So meanwhile we were working we tried a lot of dimensions, like prova errore, to find the one.

In the beginning, i was a bit confused and i made 2 mistakes. The main idea was to work in the left view. The first one was that i worked on the reference level instead of the "front" view and after i noticed that i worked on the front one instead of the left one... (because of the time i left it like that but the good thing is that i understood my mistakes). Now that i think, maybe the second one its not bad.. it depends from were you want to see it?

MADRE: We created a new family as the mother of out batten. After, we load out batten family, we worked in the front view with reference lines and work planes. Starting with a reference line 90° from out first work plane (level 0), we repeat the same step 5 times but in each turn we changed our work plane. At the end, we create 4 istanza angles to modify them after. Our project appeard only using this as a kinf of "patron"

NONNA: In another new family we loaded our MADRE (figlio2) and started working in the Ref. level. We put 120 reference planes each 50 cm. so to turn into 90°. The movement appeared by changing the angle of angulo1 in 2°. For example: the first one is 90°, the second 92°, the third 94°, continuing until 180°. When we finish we really like the result but with the doubt if it can continue or not.. one side was with more force than the other one?

This image is the result of our first experimentation with the dimensions.... not the definitve one.

So, we picked our first "side" of the project and made mirror.

Our mirror result it was ok but the dimensions of our batten were too small. It looked very light (4cm x 2cm x 3.20m). After we changed them the real pavilion appears! 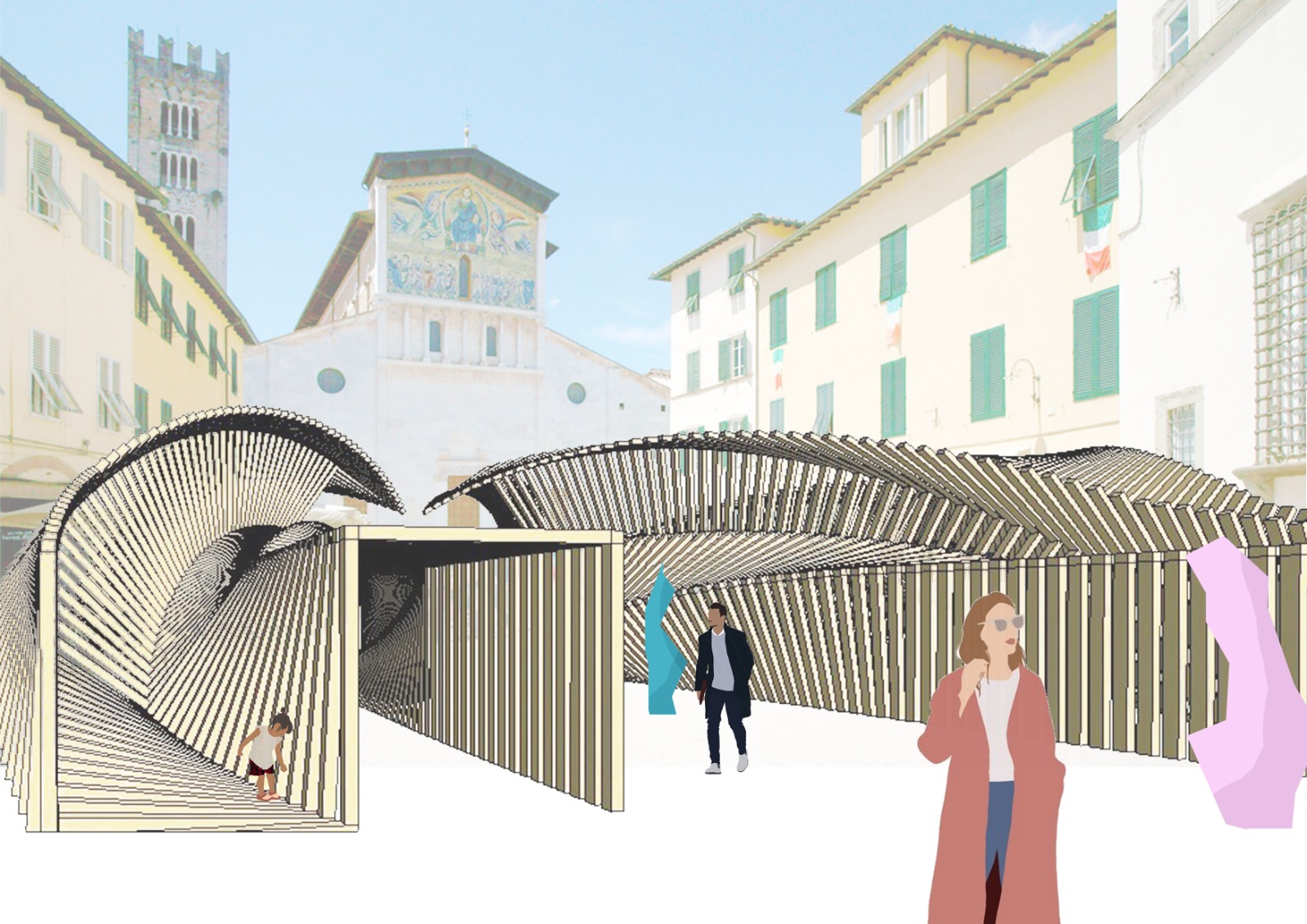